Summer is here… and the bush is alive!

Africa Nature Training > Blog > Summer is here… and the bush is alive!

It seems as if the bush has transformed overnight. The long-awaited rains have brought upon new life and a new energy in the bush as everything has suddenly come to life! The dust has settled. The dry grass and leafless trees are a thing of the past. Previously burnt areas are now sprouting fresh, nutritious new-growth grass which attracts a variety of grazers and thus predators as well…

Despite all the amazing sightings we had the first two weeks of the FGASA level 1 course, the last couple of days have been even better!

The density of game is increasing now that the conditions are becoming favorable for all life – big and small. So favorable that we had the absolute delight of seeing one of the most endangered mammals in Africa… Wild Dogs!

We had not only one, but two spectacular sightings of these wonderful canines.

The first was as the family of dogs started to get active after their afternoon siesta. They stretched, scratched and then decided to drink water from a rock pool which provided for the most beautiful setting.

The following day we sat with them for at least half an hour studying their behaviour and habits. There were around twelve dogs including four pups which are very quickly starting to grow in size!

We had a good laugh as they rolled and yapped just like a domestic dog, even biting off bits of grass with their tails continuously wagging. It was breathtaking!

Our students have also started driving the game-viewer in preparation for the final assessment. We are making good progress and the understanding of nature is becoming all the more clear. Everyone can now give an excellent pre-departure brief and entertain guests with many interesting facts about not only mammals, but the smaller things like termites, trees, birds and much more! Very soon it will be time for them to work and gain valuable experience at the lodge in various departments as well as to ‘shadow’ the field guides to see how everything works together in the tourism industry. Exciting!

Another unforgettable scene took place yesterday as we ventured in to the south of the reserve. Ashlee (one of our students and an excellent spotter) somehow spotted a leopard next to the road. He is a well known, recently independent male leopard around two years old. Little did we know this was only the beginning as, a few minutes later, we came across an impressive, magnificent male lion! He had made a buffalo kill the previous night and we were fortunate enough to see him feeding on his well-deserved meal! The buffalo must be at least three times heavier but he manoeuvered it as if he was flipping a pancake. To see this power was an eye-opener for us all… As we sat and observed the lion feeding, a couple of Hooded Vultures arrived at the scene to scavenge on possible scraps left behind. The lion was not too impressed with this, of course, as he frequently chased the large raptors away. No words can describe that overwhelming feeling whilst looking at something like this. Amazing! 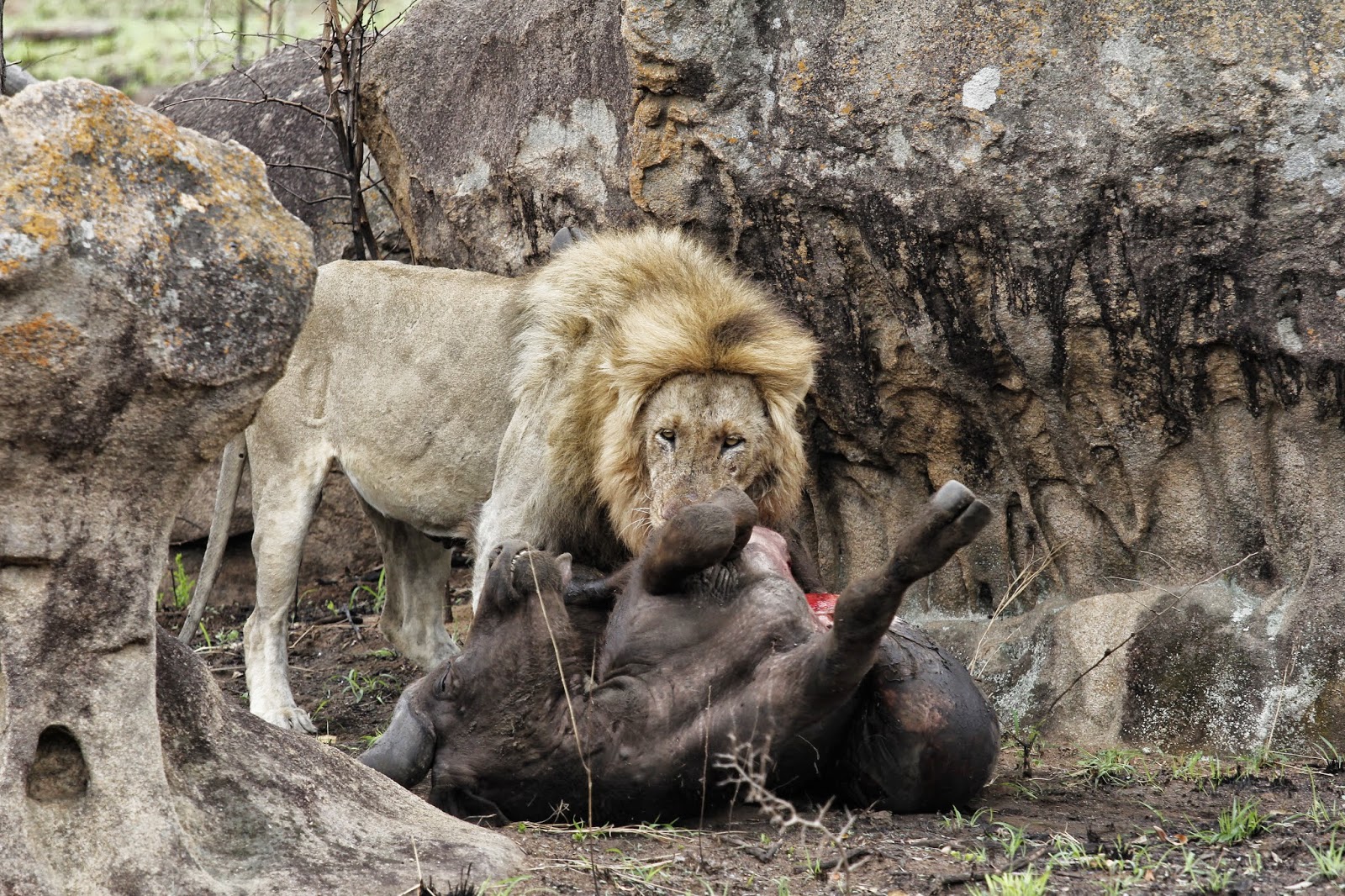 Male lion and his meal That expression! (and look at the Buffalo’s tongue)

It never ceases to surprise me how much mother nature has up her sleeve. Every single day is a story waiting to be told. Let’s see what happens next! 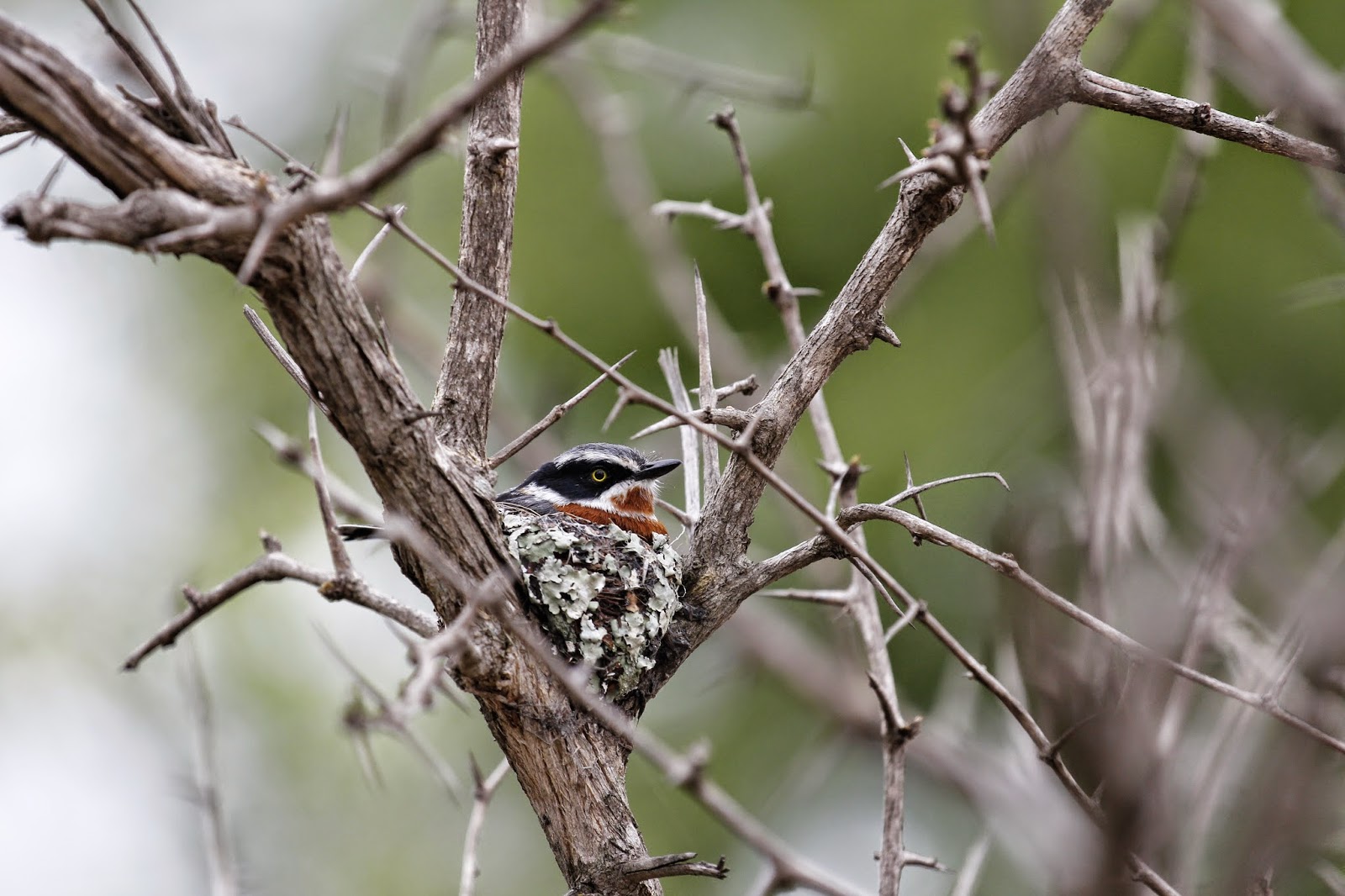 A Chin-spot Batis in her nest 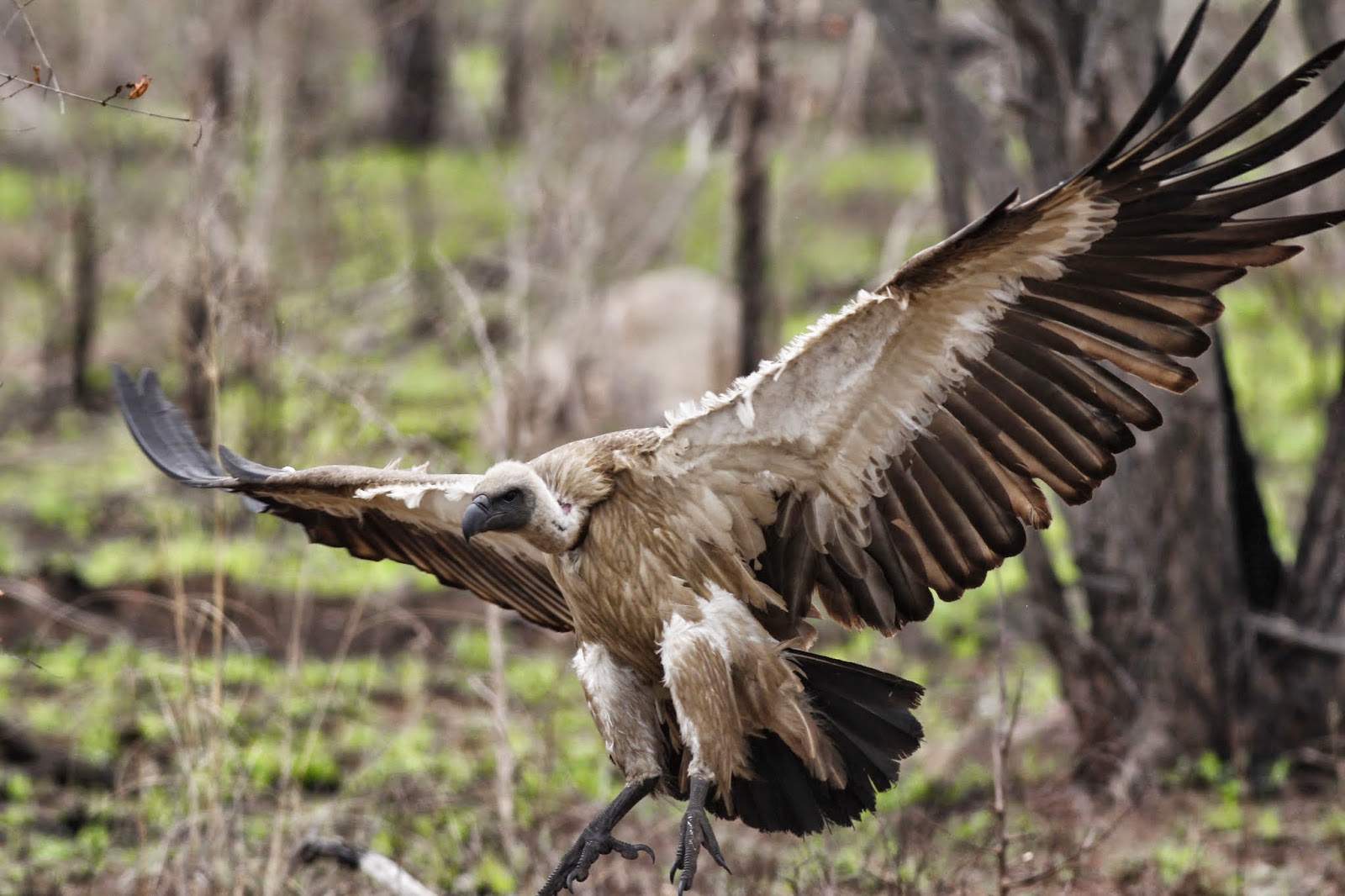 Hooded Vulture on the left, with two White-backed Vultures in the background