A wild & wonderful welcoming of the new FGASA level 1 students to Nkombe Camp!

I am extremely happy to be blogging about 2015’s very first FGASA level one course! This week has been an exceptionally exciting one as our students arrived to the legendary Nkombe Camp filled with great enthusiasm and anticipation for what the next two months has to offer…

Staying true to its reputation, the wild and wonderful camp lived up to its expectations, with some interesting visitors that gave our new students an African warm welcome.

The first evening was spent under the stars and around the fire getting to know each other. We definitely have another fantastic group this year. Coming from different sides of the world, we all have one thing in common… Nature!

A couple of elephant bulls decided to make an appearance that evening as we heard them feeding on the favourable vegetation surrounding the camp. The night was filled with the thrilling sounds of elephants feeding, the alarm calls of the Side-striped Jackal as well as the bone-chilling whoops of the Spotted Hyena. Even the incessant disputing between a troop of baboons was heard very early in the morning. This alone was a wonderful welcome to the African bush for the students!

We started bright and early the next day with yet another visitor in camp to greet our students. As we enjoyed our first cup of coffee, three old buffalo bulls decided to rest in a bed of Red grass only ten metres away from us.Relaxed, they went about their business as if we were not even there. They stayed in that same spot even after we had left camp for our bush walk. This again was another big bonus!

There is no better way to experience the bush than on foot as there is so much more to see, hear, smell and touch! We had a magical walk, taking in the remarkable surroundings with everything from the smallest tracks and listening to the melodies of the various bird calls to watching an impressive elephant bull crossing an open plain in front of us.

A coalition of three male lions

After coming back to camp we hopped on the vehicle and went for a short drive and then had the privilege of seeing a coalition of three male lions!

They were as lazy as ever, lying in the shade of a Magic Guarri tree. They did, however, lift their heads every now and again as if they had just caught the scent of a fresh meal. This was because of a massive herd of buffalo less than half a kilometre away!

We were hoping for some action, but the heat of the day proved too much for the lethargic lions to try and hunt an 800kg buffalo…

After another amazing day in the bush and a couple of lectures, we relaxed around the fire as the sun started to set.

The last thing we expected was to be visited yet again by a new magnificent creature which walked straight into camp… a gorgeous female leopard!

The relaxed cat passed the students’ tents and we watched in awe as she walked calmly through our home. It caused absolute delight as well as an immediate adrenalin rush for all of us.

She again visited us a couple of days later whilst relaxing in the road next to camp!

The female leopard in camp

I find it astonishing how we can live in the middle of the African bush and experience so much that nature has to offer and yet we will never know it all or be able to predict what will happen next. We watched the most fantastic scene unfold whilst sitting under the shade of a dense canopy underneath a Natal Mahogany tree. A very opportunistic Common Scimitarbill had found a spider that looked particularly delicious right next to the kitchen. We watched as the bird destroyed the Golden Orb Web Spider’s home, ripping the web apart with its bill. This continued for a couple of minutes as we found ourselves silently cheering for the bird to catch the motionless spider as if we were watching a soccer match. And finally the bird scored a meal…to our absolute pleasure 🙂

We had yet another unpredictable sighting as one of our students spotted something in the distance.

It turned out to be a leopard in a tree very close to camp (pun intended!). We climbed on the game viewer to get a closer look and were surprised to find a Spotted Hyaena following not one, but two leopards! It turned out to be a mother and her cub which is almost full grown. The hyaena eventually lost interest and we had the pleasure of watching the two leopards playfully groom one another. It was one of the best sightings I have ever had. What made it even better was the fact that a massive elephant bull decided to walk behind our vehicle whilst all of this was going on. It was absolutely amazing!

Besides seeing the Big Five in under a week, we have learnt and seen so much more than that.

It is the smaller things that make us understand the way nature works and that is what our passion is.

We are now handling trees and birds and already this has opened our eyes to a whole new world.

It is truly amazing what one can learn in a week and to think, we have seven unbelievable and exciting weeks left! Who knows what will happen next…

Taking it all in 🙂 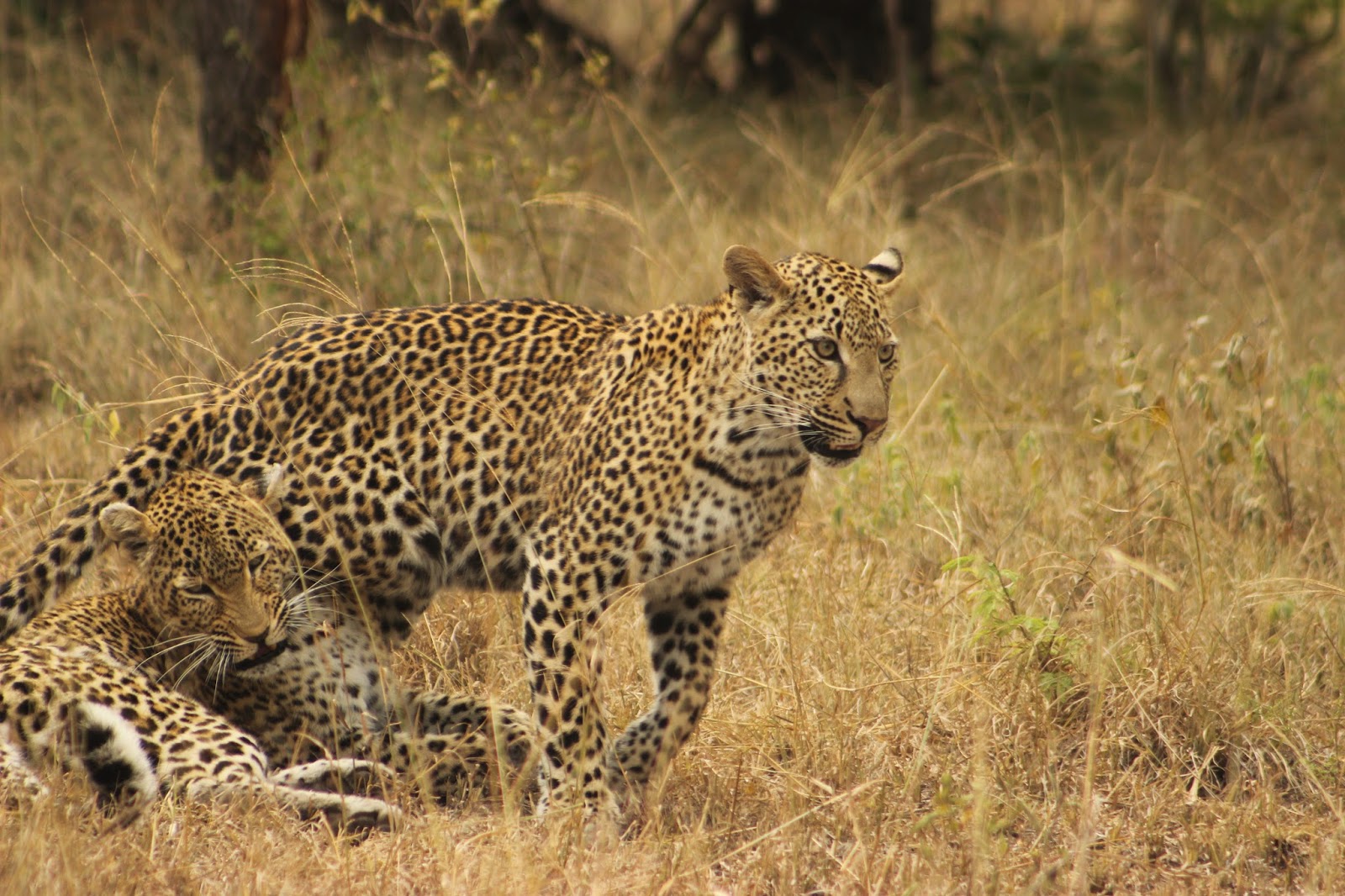 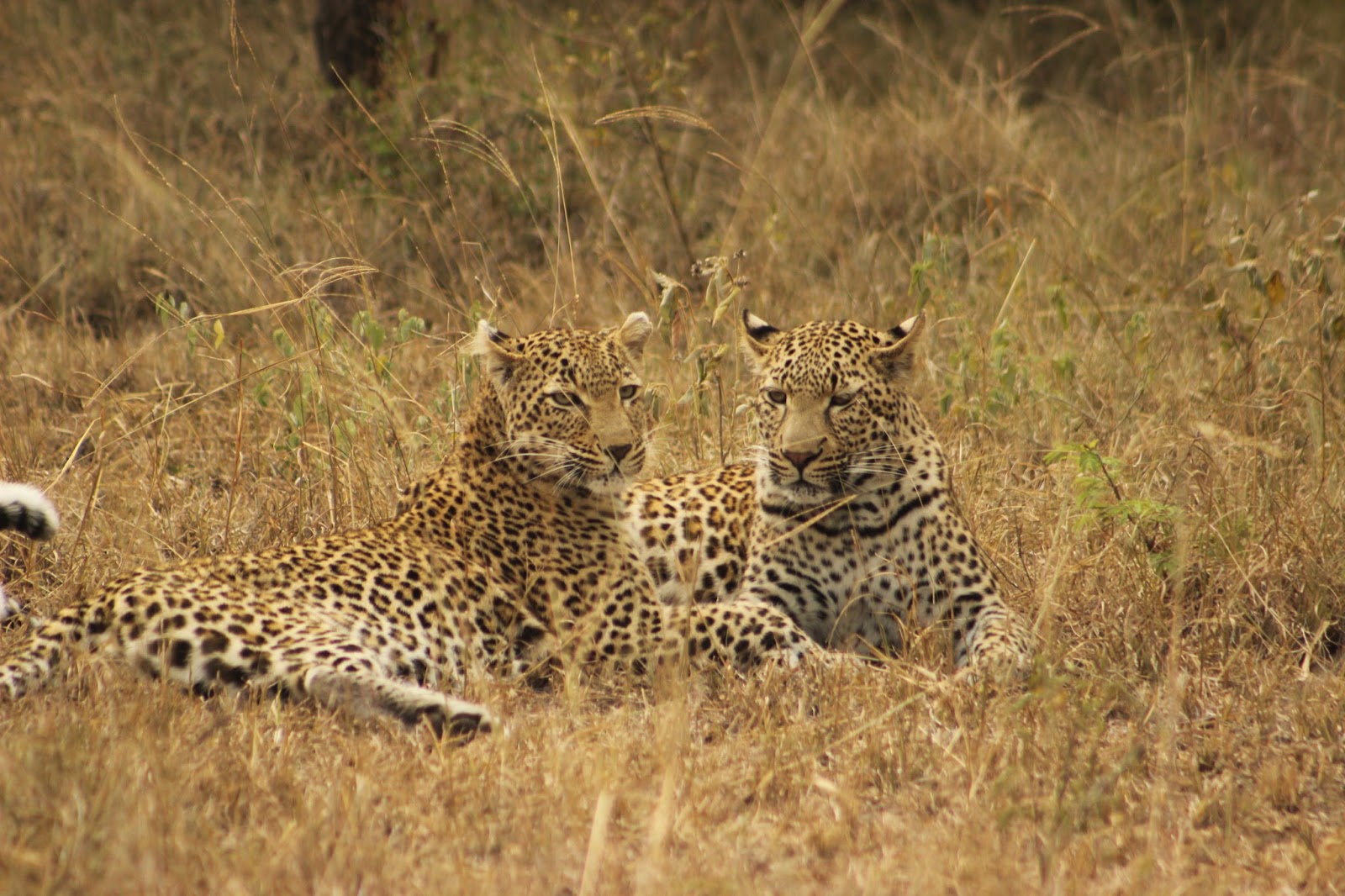 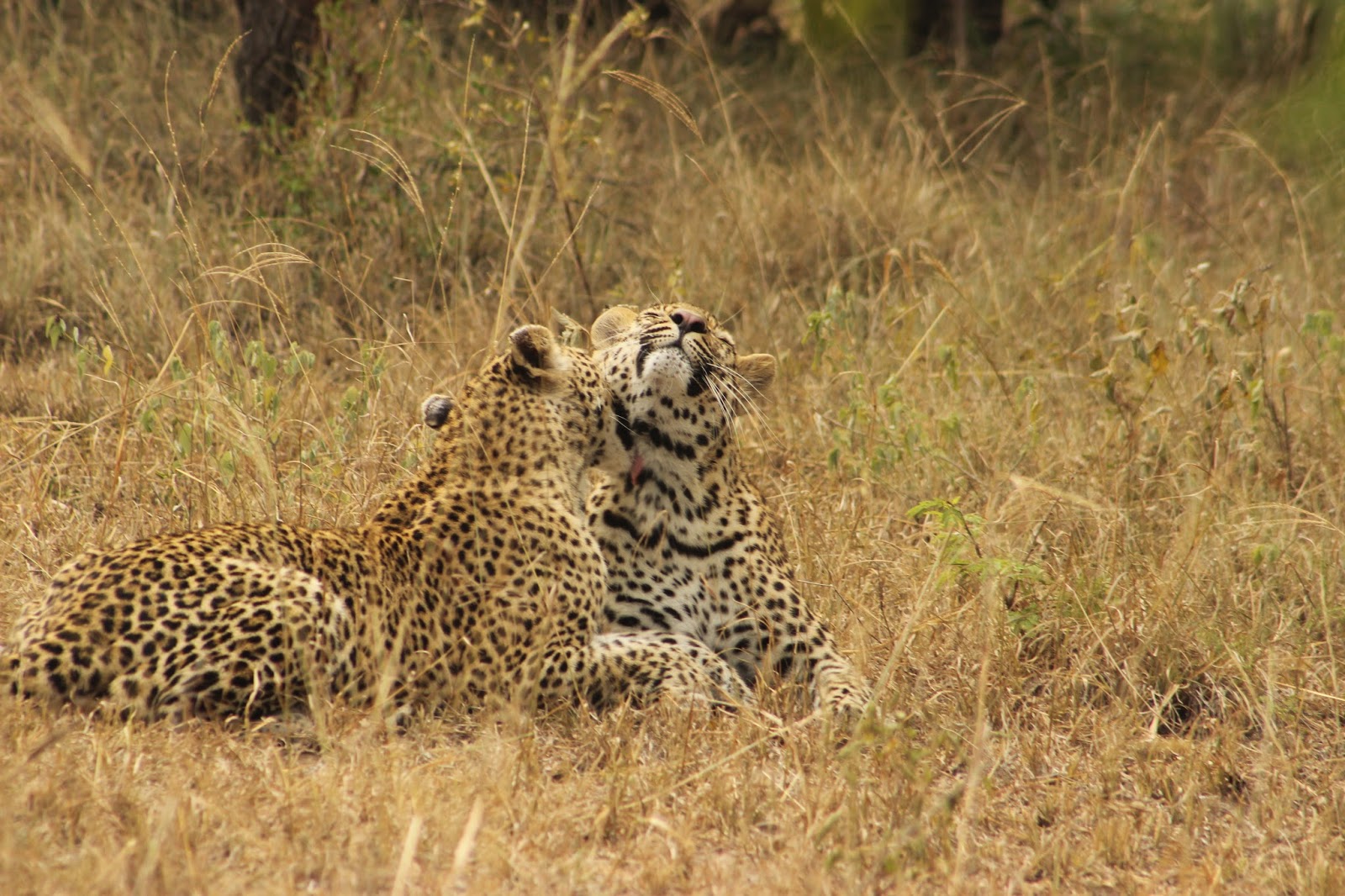